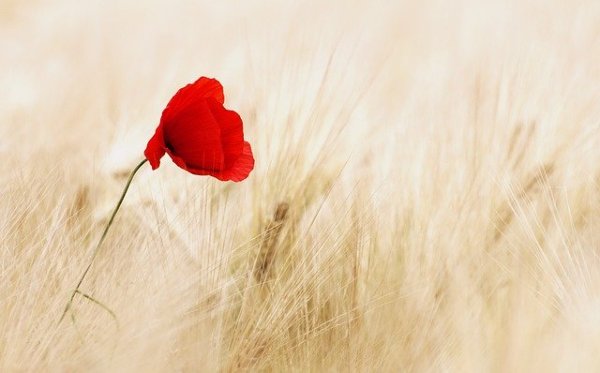 Moonlings! I have been missing for many weeks, and it’s the longest I’ve gone without posting. If you follow me on other platforms, I posted why I was missing. A huge milestone in my PhD was due, so I knuckled down to get it done. I promised an excerpt so here is some of it in quotes.

Agriculture has been the lifeblood of humankind for millennia. The cognizant of control over food growth allowed our evolutionary path to deviate from similar great ape species. Humanity’s propensity towards an omnivorous diet precipitated the development of the larger prefrontal cortex, giving us the gift of critical thought.[1] This provided the building blocks to the cultivation of certain crops. Previously shifting groups associated with the hunter-gatherer lifestyle soon became unattractive for many tribes, as they began to put roots down in more ways than one.

When settled, humans became territorial. Villages became townships, the power of horses, mules, and donkeys were harnessed not only assist with the cultivation of crops but the transportation of surplus crops for trade with neighbouring towns. Riverbanks were preferred areas for settlement and families banded together for the management of larger areas of cultivated land. From there the portrait of our ancestry is clear. Our settled nature became the norm for most, as it provided food security whereas the nature of hunting and gathering could not.

As one of the cornerstones of humanity, agriculture has a universally deeply ingrained tradition across all cultures.  Throughout the ages, when crops were in danger from natural forces, disease, or swarms, humans organised themselves so they could protect their most precious resource; food. This resulted in the domestication of various animals, the passing of herding knowledge through communities of practice and the improvement of agricultural tools which made the process of farming more accessible.

For most of human history, we have been hunter-gatherers. During pre-history (which is considered to be history before the written word), we hunted animals and gathered plants. Although there may have been an unconscious attempt to nourish the plants we ate, by not disturbing the roots or over-cultivation, the agricultural portion of humanity did not really take place until a period which is called the Neolithic Revolution (Embers & Embers 1996)[1]. To contextualise, this is roughly 10,000 years ago. It has since been established that agricultural development is one of the most important developments in human history (Anderson 1992). The ability to secure a reliable food source, allowed humans to settle in one place, thereby creating villages, towns and subsequently cities. Entire civilizations such as the Egyptians were built and sustained by agriculture (Brier & Hobbs 2008) consequently the link between agriculture and food consumption/production is essential to explore.

In the present day, tacit agricultural knowledge has still provided the most resistance to technological adaptation. Within the Republic of Ireland, where this study is poised, farming is synonymous with heritage and connection to the land. Generational farming is widely practiced where farms are still passed to the eldest child, along with the necessary knowledge for resilience. While farming communities have extensive resources available to them from governmental and non-profit organisations, they still enact convivial groups to ensure the health of their farm. Although national governments have a responsibility to their farmers, a disconnect can be observed between the two. Trust cannot be cultivated overnight and most threads of agricultural knowledge are woven between the past and the present. Adoption of technological changes which governments offer are often seen as suspicious to farmers, as ulterior motives can be attached to them.

In order to boost collaboration between useful information provided by governmental bodies and farmers, an understanding regarding local farming networks, and their importance is vital. This study aims to bridge that gap, when elements of a local network are understood, formal institutions have a greater opportunity of having a healthy dialogue with the farmers.

While the above is the aim of the study, the context in which the study takes place is also crucial. We have reached crisis levels globally in respects to the environment and climate change. Now more than ever we need to attend to the wisdom farmers can offer. According to the Central Statistics Office (CSO) the highest Co2 emissions in the Republic of Ireland in 2016 was the agricultural sector.[2] Although the Department of Agriculture, Food and The Marine recognises the need for change within the sector[3], Ireland is still poised to miss the Co2 goals set out in the Paris Agreement.[4]

Farming can be a tough yet rewarding life, and without the necessary respect to those who dedicate themselves to producing our food, its security will be challenged. To address this gap in knowledge, this study develops a narrative based on embedded local farming practices within their network, including their opinions and perspectives. The aim is to understand why there is a need for a local knowledge networking systems. Furthermore, the study will explore how farmers might benefit from formalised services which are available from governmental organisations and investigate if there is a disconnect between both types of knowledge. While the context the study is from an Irish farming perspective, given the universality of farming, agricultural literature from a vast array of countries has been collected and reviewed. This was to ensure that the commonalities in contemporary agriculture is address accurately.

The narrative nature of this study will provide benefits through the lens of anthropological practice. Anthropology as a discipline has, for over 100 years, provided the philosophical expressions of every day. Perspective is provided by narrating the habitus of personhood (Bourdieu 1987) giving credence to individuated modes of cultural expression, skills and habits. Once this data is collected itis read very much like a text (Geertz 1973). These practices explored by Geertz in accordance with his considerations of interpretive anthropology and its enhancing possibilities:

“Given the dialectical nature of things, we all need our opponents, and both sorts of approach are essential. What we are most in want of right now is some way of synthesizing them.”[5]

With all these considerations of local knowledge context (Ichijo & Kohlbacher 2008), we can return to the problem which is thus; If local knowledge from farmers can be captured, governmental policies may be enhanced (Hayhurst, Dietrich-O’Connor, et al 2013).  This is of paramount importance as without a change to farming practices, the ensuing economic, environmental and sustainable issues will continue to grow (Fleming & Vanclay 2010). Convergence between these two perspectives needs to be established, wherein the farmers are protected in their tenuous situation. The role that knowledge plays and how that knowledge is transferred is can help address this conundrum. 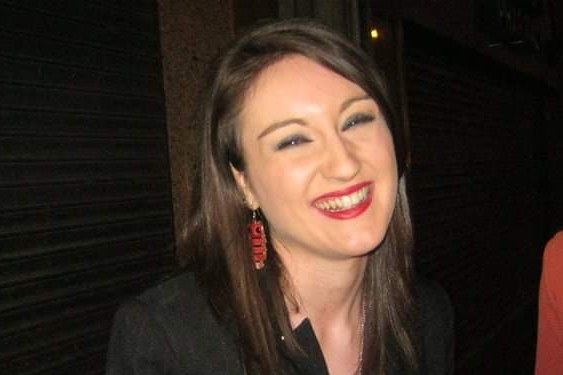 If there are Selena stans here please forgive me for never realising her worth as an artist. I didn’t dislike her, I just had no opinion about her whatsoever.

I discovered this song on a meme page. They were discussing her emotion and how many pieces her heart had been broken into. Me being the kind of person who adores poetry and emotional songs, I thought I’d give it a listen.

I was not expecting the impact it would have on me. Selena is a beautiful soul and this song is potent. It brought me back to the girl I was in 2011. I was 21 / 22 again.

That girl is pictured above, and that’s what this post is about.

The girl pictured above is wearing a false smile. She is happy because she’s with her friends. Yet she is hurting inside so deeply she’s self-medicating. The smile is the lie she tells to those around her. It was her goal to appear nonchalant, but her mind was in turmoil.

Then this girl below. You’ve probably seen her before. Better yet you may have even been this girl before. (This is not about shaming, this is about growth).

This girl is trying too hard. She changed her hair because she wanted to change her identity. To bleach out the previous two years. She sold herself the narrative that she wasn’t to blame. She was the victim.

You were not the victim.  You were a strong girl, who let her sense of self be diluted. You chose to ignore someone who told you who they were. You refused to listen and pretended that they were someone else. That you could be suited somehow if you just bowed yourself enough.

“When people show you who they are, believe them.” – Maya Angelou

Yet I have a tenderness for this girl because she was in so much pain. Pain because another relationship didn’t work. She didn’t want to address the fact that she may be to blame, she wanted to blame the other person.

There was equal blame.

The pain from not being who she thought she was, and really, she didn’t know who she was yet. It took her longer to find herself than most, but less time than some.

Eventually, though she learned how to transform the pain into understanding, and the blame into a lesson.

Basically, this doesn’t apply to everyone. Some people are victims because they’ve been manipulated, emotionally, physically or both. I wasn’t. (Well not so much so that I wouldn’t be able to get away).

I was angry, I was hurt, and I was so tired. Instead of realising both my culpability and my power, I ended up blaming the other person completely. Taking it out of my hands entirely.

Nothing is ever out of your hands entirely. You have choices. Don’t let life happen to you.

Anyways hindsight is 20/20. What I’m happy about now is how much I’ve grown to the point that I can actually admit when I’m wrong. (If Le’Boo is reading this, he’s probably laughing his ass off right about now).

This is that girl now, She is a WOMEN and Bish, she is not bowing for anyone. 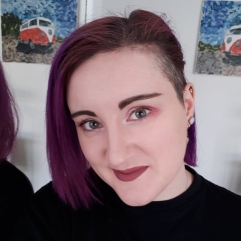 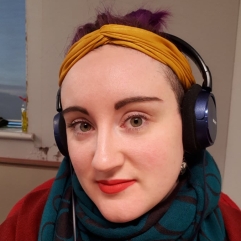 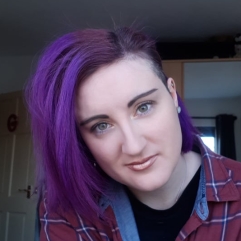