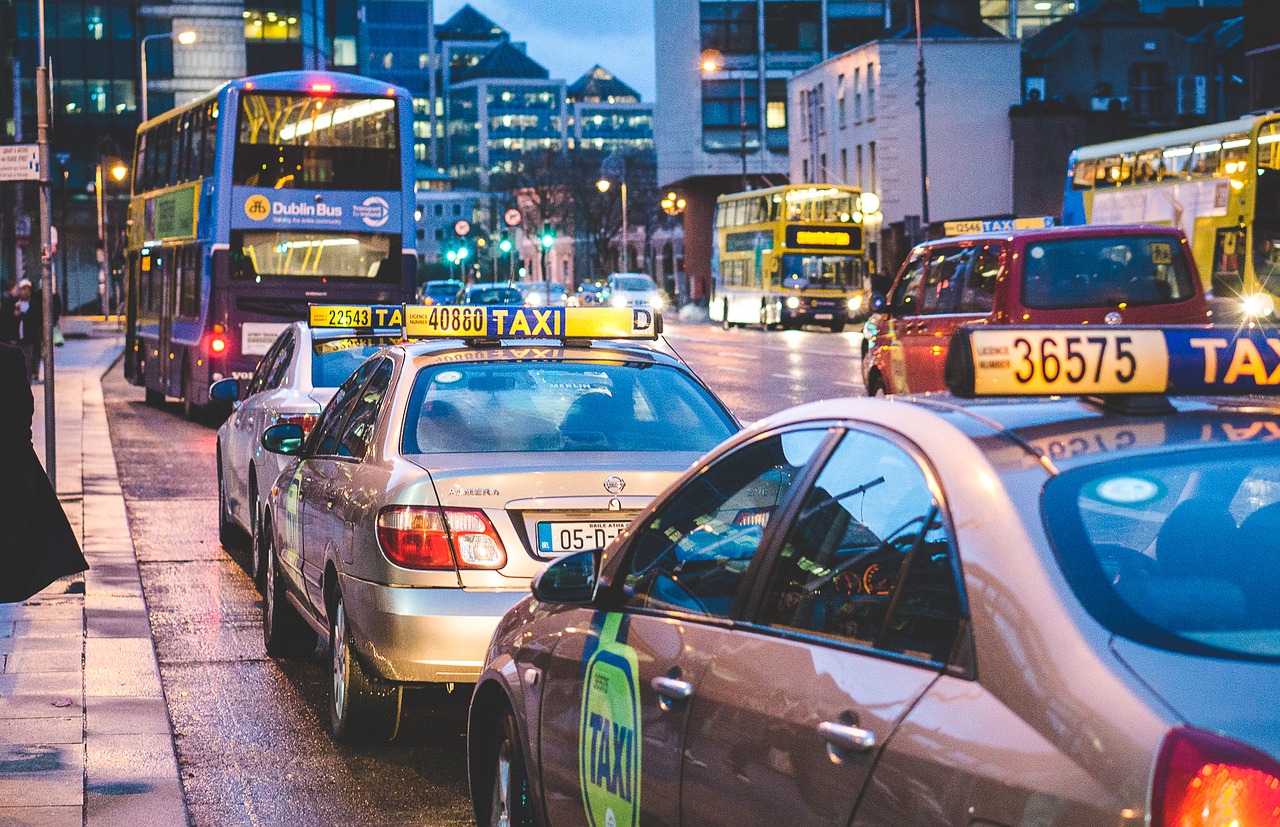 When I began commuting to Dublin in 2012 it was busy but bearable. Now it’s torturous. The transport infrastructure has not kept up with demand, as current traffic levels were not expected until 2020.[i] Some TDs are even calling for a second ring road to be built.[ii]

I’ve spoken about my anxiety here before, and nothing exacerbates my anxiety quite like traffic. When I’m in a room, or shop that’s too crowded, 9 times out of 10 I can leave. When I’m in Dublin traffic, there is nowhere to go, and I’m trapped. Not a good feeling when you have anxiety (or just when you are a human being in general).

I’ve tried many solutions. Trains and buses were out of the questions because they were far more expensive than my own car. (I am on a student stipend). Leaving earlier in the morning, leaving later in the evening was also doomed to fail, as the volume of traffic prevents this from being a viable solution. I’ve listened to audiobooks in an attempt to distract me from the stress and not waste those hours. I’ve even tried breathing meditations. Which work for about 5 minutes until a fellow road user does something completely inconsiderate and I’m back to square one. My only option was to work from home.

Yet I am one of the lucky few. Being able to work from home for most of the last 2 years comes from the flexibility in my career. There is only a need to venture into the city when I have a meeting or some other unavoidable human interaction. This has made my life infinitely better and I am more grateful than ever for my job.

Millions are not so lucky.

Humans continue to behave in ways our bodies were not built for because it is ‘expected’ of us. It is unhealthy for us to sit for 1 – 2 hours plus every day in traffic, with our blood pressure rising, and our mental health deteriorating.

No wonder there is an increase of road rage.[iii]

It’s not healthy for us to spend our days in pursuits that literally makes us depressed. Draining our vital mental energy, so when we finally arrive home, even cooking a healthy meal for ourselves seems like a cruel joke.

People are out for themselves when they are driving in traffic. I’ve stopped a few feet extra from a red light, to let a car out of a perpendicular road, and I’ve actually been beeped, by the car behind me. More than once. Where is common decency when traffic is involved? People are so amped up and unequipped to deal with the misplaced rage. All we can do as an individual driver is to be the sensible one. Be the one who’s kind and let’s other drivers out. If someone is driving dangerously, get out of their way, because you could end up getting hurt because of their lack of human decency and consideration.[iv]

“Working from home is not for everybody!” I hear this on a daily basis, people argue that you’re isolating yourself, or you’re putting too much pressure on yourself. That you need to work harder to prove your worth. As always I say there are positives and negatives to both kinds of jobs:

“There’s also evidence that some freelancers “overcommit” to work and find it difficult to disconnect or relax, which they say negatively affects their mental health. But overall, the health effects of self-employment seem to vary from person to person and—like office jobs—can be either positive or negative.”[v]

For me especially the good outweighs the bad, because let me tell you something, it would appear that a large majority of workers who have to commute to work aren’t flourishing in that environment either.

Stress is horrible, stress kills, and although we all know this, for some reason we continue to run like hamsters on a wheel. Just because it appears to be the norm, doesn’t mean it’s normal. All of your friends and family are stressed out, so I should just get on with it, right? Wrong. Just google stress-related illnesses. It basically causes a huge amount and apparently autoimmune diseases too.[vi] If that doesn’t scare you it should.

Also, what about the massive amounts of people who die or are crippled on our roads each year? 78 people have died on Irish roads already in the first six months of this year.[vii]

The answer to all of this? Mindfulness. Be aware of who you are as an individual and a human being. Figure out what works for you. If a job is causing an illness and it’s not satisfying, find a way out. Trust me, working for less money, in a more fulfilling career is worth it. I know because I did it, and gave up a lot of luxuries most people think they cannot live without.

Traffic is one of the worst side effects of humanity’s rapid urbanisation. I literally dream of a house in the country. Not because I don’t want people in my life, but because it seems that as soon as someone gets behind the wheel of a car, a rational part of their humanity switches off and they forget common courtesy. We need to reduce traffic anyway for the environment, why not be one of the innovative individuals that changes their own lives for the better.

This site uses Akismet to reduce spam. Learn how your comment data is processed.